Design of Enforcement - Enforcement of federal (and state) antitrust laws is designed to protect purchasers of commodity products or services. The federal government enforces three major federal antitrust laws (and many states also have their own antitrust laws as well). Essentially, these laws prohibit business practices that unreasonably deprive consumers of the benefits of competition, resulting in higher prices for impacted products and services. 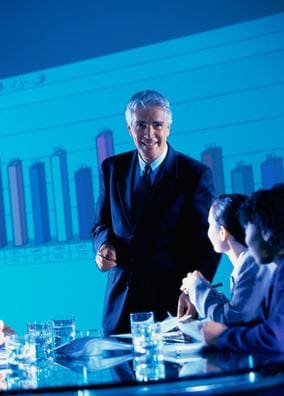 "Section 1" - 15 U.S.C. § 1- This Act outlaws all contracts, combinations, and conspiracies that unreasonably restrain interstate and foreign trade. This includes agreements among competitors to fix prices, rig bids, and allocate customers, which are punishable as criminal felonies.

"Section 2" - 15 U.S.C. § 2- The Sherman Act also makes it a crime to monopolize any part of interstate commerce. An unlawful monopoly exists when one firm controls the market for a product or service, and it has obtained that market power, not because its product or service is superior to others, but by suppressing competition with anticompetitive conduct.

The Sherman Act, however, is not violated simply when one firm's vigorous competition and lower prices take sales from its less efficient competitors; in that case, competition is working properly.

Nor is the Sherman Act violated by “conscious parallelism.”  Yes, it is fine to follow market pricing.

The Clayton Act is a civil statute (carrying no criminal penalties) that prohibits mergers or acquisitions that are likely to lessen competition. Under this Act, the Government challenges those mergers that are likely to increase prices to consumers. All persons considering a merger or acquisition above a certain size (presently triggers at a transaction size of $80.8 million) must notify both the Antitrust Division and the Federal Trade Commission. The Act also prohibits other business practices that may harm competition under certain circumstances.

The Clayton Act also has a provision that triples damages for violating antitrust laws.

This Act prohibits unfair methods of competition in interstate commerce, but carries no criminal penalties. The FTCA also created the Federal Trade Commission to police violations of the Act.  Its principal mission is the promotion of consumer protection and the elimination and prevention of anti-competitive business practices, such as coercive monopoly.

The Department of Justice also often uses other laws to fight illegal activities, including laws that prohibit false statements to federal agencies, perjury, obstruction of justice, conspiracies to defraud the United States and mail and wire fraud. Each of these crimes carries its own fine and imprisonment term, which may be added to the fines and imprisonment terms for antitrust law violations.

How Are Antitrust Laws Enforced?

There are three main ways in which the federal antitrust laws are enforced:

(1) Criminal and civil enforcement actions brought by the Antitrust Division of the Department of Justice.

Corporate leniency/immunity: The Department of Justice may grant immunity from prosecution to co-conspirators (individuals or corporations) who provide timely information that is needed to prosecute others for antitrust violations, such as bid rigging or price fixing. This immunity is typically granted only to the first conspirator who walks in the door to spill the beans.  Leniency is also typically granted based on continuing cooperation with respect to all known conspiracies.

This often results in a cascade of conspiracies being exposed within an industry.

A provision in the Clayton Act also permits private parties injured by an antitrust violation to sue in federal court for three times their actual damages plus court costs and attorneys’ fees.  State attorneys general may bring civil suits under the Clayton Act on behalf of injured consumers in their States, and groups of consumers often bring suits on their own.  Such civil suits following, and sometimes even in advance of or in place of, criminal enforcement actions can be a very effective additional deterrent to criminal activity.

The Department of justice specifically recognizes private civil enforcement as a needed tool in its arsenal.

Some states also have antitrust laws closely paralleling the federal antitrust laws, the state laws generally apply to violations that occur wholly in one state. These laws typically are enforced through the offices of state attorneys general.

The Penalties for Violating Antitrust Laws

The penalties for violating the antitrust laws are severe.

On the civil side, the costs of defending a private antitrust class action can run into the millions of dollars, depending on the size of the case, not to mention the amounts of settlements or trial verdicts, where plaintiffs can seek to recover triple their actual damages as well as their attorneys’ fees.

To learn more about antitrust enforcement, contact us today!