The Firm's antitrust practice focuses on the prosecution of large antitrust class actions alleging price-fixing or monopolization against some of the world's largest corporations.

The Firm also provides counsel to corporations and business owners regarding compliance with antitrust laws.

Antitrust conspiracies are often exposed by whistleblowers or governmental investigations. Criminal fines, however often only fill government coffers - and not the pockets of those who were actually harmed by anticompetitive activity.

Examples of the antitrust litigation that the firm pursues include: 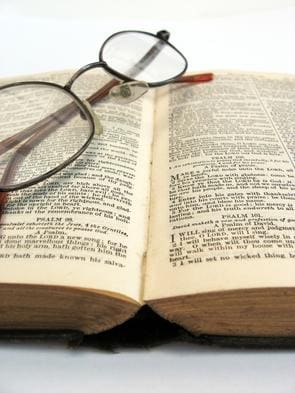 Overview of the Antitrust Law Violations

Certain acts are considered so harmful to competition that they are almost always illegal. These include plain arrangements among competing individuals or businesses to fix prices, divide markets, or rig bids. These acts are "per se" violations of the Sherman Act; in other words, no defense or justification is allowed.

However, the Sherman Act does not prohibit every restraint of trade, only those that are deemed unreasonable. For instance, in some sense, an agreement between two individuals to form a partnership or to set industry standards restrains trade, but may not do so unreasonably, and may actually benefit consumers, and thus may be lawful under the antitrust laws.

Per Se Antitrust Violations- Conduct that is illegal under any circumstance.

Price Fixing - These are agreements among competitors on the price at which they will sell their products or services.  Price-fixing may exist even if there is no agreement on a specific price to be charged.  Any agreement between or among competitors with the purpose of increasing or affecting the price of a product or service will violate the antitrust laws.

Bid Rigging- Attempting to eliminate or reduce price competition, or to assure that, over time, each competing bidder receives a “fair share” of total business awarded on the basis of sealed bids. Bid-rigging includes the designation by competitors of one company to win a bid with the understanding that the remaining companies will submit higher bids or an agreement among competitors not to bid.

Customer Allocations- Any agreement to divide or allocate customers among competing entities.

Geographic / Product Market Allocations- Agreements among competitors to divide or allocate business on the basis of geographic or product markets are per se unlawful.

Group Boycotts - A group boycott exists when a group of competitors agrees to take some form of joint action to exclude someone from the market. This anti-competitive act is also known as a “concerted refusal to deal” and can be intended to freeze out another competitor, supplier or customer. Done by an individual company not in concert with others, this only becomes actionable if the perpetrator has tremendous market power.

Conduct Subject to Rule of Reason Analysis- Conduct that is illegal only if the impact upon competition too greatly outweighs any benefits the activity provides.

Standard Setting - Identifying and agreeing upon a specific set of criteria to which a particular type of product should conform. Product standards are generally developed by private industry and are often spearheaded by trade associations. Care must be taken to ensure that any such standards can be supported by legitimate business justifications.  Examples include rail lines that need to be uniform; compact discs, and so on.

Information Exchanges- Information concerning matters such as prices charged for services rendered, business plans, marketing plans, new product development, costs and profits, that is not already publicly available, and which is competitively sensitive, can raise antitrust questions.  Some of the factors that are important to consider are: whether the information is being collected by a trade association or other third party and will be disseminated in such a way that the data providers are anonymous; whether the information contains historical data or contains projected prices or costs; whether the data providers constitute a significant share of the market; and whether the data is already publicly available.  The central question under the antitrust laws is whether the information exchanged tends to restrain trade unreasonably.

Best Practices- It is not unusual for trade associations, particularly professional associations, to promulgate standards of conduct or a code of professional responsibility for members of the association. To the extent these standards are designed to protect the public from clearly unethical, fraudulent, unfair or deceptive practices, there are substantial business justifications to support the standards of conduct under the antitrust laws. Care must be taken, however, to ensure that standards of conduct, such as any proposed industry “Best Practices” standards, do not have the purpose or effect of eliminating competition in the pricing of products or services provided by industry members.

Unilateral Acts Triggering Antitrust Issues - Price discrimination by an individual corporation, is subject to a rule or reason-type analysis and is unlawful when done to restrain competition.

To learn more about our antirust practice, contact us today!