Thanks for your message! We’ll be in touch soon.

The DOJ brought similar actions against these same entities and reached settlements with many of these same broadcast television companies.

If you purchased broadcast television spot advertising directly from one or more Broadcaster Defendants at any time from at least and including January 1, 2014, until at least March 31, 2018 (the “Class Period”), you may have been impacted, and could be entitled to recover overcharges and a court awarded incentive where appropriate.

If you would like to learn more about this matter at no cost to you, please fill out the form provided or contact us at jgrabar@grabarlaw.com or call 267-507-6085. 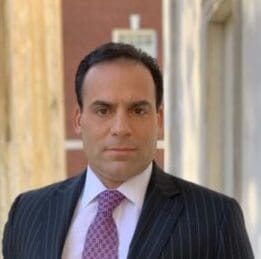 Mr. Grabar specializes in Class Action, Price Fixing, Antitrust, Consumer Protection, Securities Litigation, Compliance. He has been honored as a Super Lawyer from 2017-21 and an AV Preminent attorney. Mr. Grabar is a member of the International Municipal Lawyers Association (IMLA) and Engaging Local Government Leaders (ELGL).